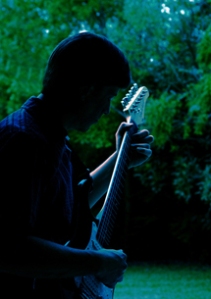 This month’s offering for the Insecure Writer’s Support Group is also a part of my Spotlight On: series, where I showcase writers of various blogs I follow and state the reasons for doing so.

In the first installment, I listed some of the things that appealed to me about Julie Luek’s site. Alex came by, faithful and true, and made a comment saying, “If that’s what you look for in a blog, I should be really thankful you follow me!”

Truth be told, I’m the one who’s thankful that he follows me.

Sure…his site differs greatly from Julie’s, but that’s exactly why I go there. My tastes and needs are quite diverse, and Alex’s site is full of diversity. If I were to only choose sites that looked the same and sounded the same and offered the same information, I’d quickly get bored. I wouldn’t experience this online world to it’s fullest and grow as a writer.

So out of the thousands of writer’s blogs, why Alex J. Cavanaugh’s? What made me go in the first place, and—more importantly—kept me going back? Those are the questions I hope to answer concerning all the blogs in this series.

While visiting Julie’s, I noticed a badge…you know the one…a gray lighthouse with red words in all-caps, bordered neatly by an ebony frame:

Never being one who considered himself overly insecure, I didn’t click on it.

A few weeks of visiting blogs, commenting, and introducing myself went by and I had gained a small following—nothing major, mind you—and the idea of joining a writer’s group entered my mind. I wanted to meet others going through this process.

I glanced at the badge again, but still didn’t click. I may have my fears, I may have my doubts, but I certainly didn’t want them sprawled on the linoleum for all to see.

It wasn’t until I saw more and more of these badges on sites that I had grown to respect that I finally gave it a tap. It took me to Alex’s.

Whoa. I went on visual overload. There was so much to take in…so much to digest all at once…I was a country rube in the big city for the first time.

It was a busy site because Alex, I later came to find, was a busy man. Heck, I had never even seen a link list before, and this one had hundreds of names. Mine became 300-something.

November saw my first meeting with the IWSG. At the time, I was participating in NaNoWriMo, new to blogging, and full of piss and vinegar. It showed (by the next month’s post, I was a sniveling mess). I received a wonderful welcome, met many great writers, and was in hog-heaven.

But I still didn’t know Alex. To be honest, other than the IWSG, I didn’t think we had much in common. He writes space-opera and, although I’ve liked many movies in the genre, I’m not what one would call a die-hard fan. For Pete’s sake, I watched Spaceballs before any of the original Star Wars movies, and can’t even name the recent ones. Phantom Menace? That sounds like one. And there seems to be a whole new slew of Darths that I knew absolutely nothing about.

Don’t get me wrong…I like the Star Wars saga; I’m just not all “keep-Chewbaca-in-the-original-box-under-a-glass-dome” about it.

Regardless, I wanted to get to know this Alex fellow that everyone was crazy about.

In December, a special blogroast for Alex was planned, so I made it my mission to learn more about him. I read post after post, excerpts of his books, witnessed his cheery presence everywhere and genuinely liked what I saw. By the time I wrote up my roast, Festivus Alexicus, I had unwittingly become a ninja minion.

I began to focus on our similarities, and the differences went out the window.

His site, which I first interpreted as a futuristic TGIFridays with loads of Flair, became a place to find out anything about everything—a talk show for writers, if you will. Alex is our Conan O’Brian, and I love his show:

It’s a privilege to know Alex, follow him, and be a member of the IWSG. Yeah…over these past few months, I found that maybe I’m a little more insecure than originally thought.

If you haven’t met him yet, take some time to do so. You won’t regret it.

60 thoughts on “Spotlight On: Alex J. Cavanaugh and the IWSG”

Here you will find the random ramblings of a writer and dreamer — mainly, much ado about nothing. Grab a cup of coffee and see if today's nothing means anything to you.
Follow M.L. Swift, Writer on WordPress.com
Join 1,527 other followers