In my recent wayfarings, I’ve encountered several fellow travelers who’ve asked, “Should I use my real name? Real picture? Make changes to this, that, or the other?”

Before you read any further, take a cue from one of my faves, Lewis Carroll, and

You needn’t watch the video; it’s only a slideshow of Babs and Bob from the movie, and merely serves as the theme song to this post—music in the background with which to hum whilst you read.

Click HERE to open a new tab of this post so the music will continue to play, otherwise it will stop when you click on the pictures below. I’ll wait.

Okay, let’s pick up where we left off:

Come along; walk with me and journey back to the misty water-colored memories of the past year, my first in the blogging world.

Happy Anniversary to ME!

It was a year ago today that I began posting on my blog full-time.

I made ONE post a year-and-a-half earlier (now gone, but not forgotten), suffered cold feet, essentially closed the blog (it didn’t have any followers anyway) and honed my rusty writing skills. Besides, I was very uncomfortable writing online for all the world to see. I even used a pseudonym.

So after intensive study and many pseudonymous stories later, I finally built up the courage to try again.

Here, let me show you.

Pretend I’m the Ghost of Blogfests Past and take my hand while we whisk away to that fateful day—October 8, 2012.

Whoa. Pretty wild, right? When Treading Water in the Goldfish Bowl first opened in Spring of 2011, it was designed to address the concerns of Alzheimer’s Caregiving, but after I put it on hiatus to learn more about writing and the blogging world, realized I needed something writerly, too.

So like a genius (note the sarcasm), I combined the two subjects and figured I’d share how full-time caregiving played into my writerly life. They got along as well as elephants and donkeys. Regardless, the blog reopened in October of last year—under new management—but was already in danger of another SHUTDOWN.

I really needed two blogs, weighed the pros and cons, and Treading Water took the form below:

While M.L. Swift, Writer initially started as such:

In my first month of blogging, I set aside three days a week for themes:

All entries posted on the main site, but I created separate blogs for the tabs and manually transferred each post to its respective tab.

What a JOB! Can anybody say, “Newbie?” I had no clue how archives, tabs, categories, etc., worked.

Since they were actually blogs, each one could have its own distinguishing color and style (click on the first one to go through the gallery via full page album):

And that’s simply the changes to the blog. I went through much growth and change myself.

to this, this, and this:

And FOUR days into blogging, mixed it all up AGAIN, and made the decision to do NaNoWriMo2012.

I did the group dinner with my fellow WriMos: 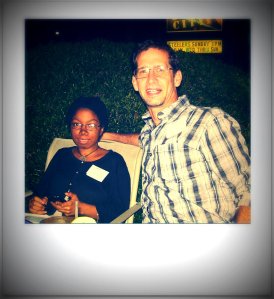 And 52,876 words later, had written my Masterpiece of Crap (to be rewritten):

By December, after resting from NaNo, I batted around the idea of switching host providers.

I asked myself where I wanted to be in five years, and what provider could best accommodate my needs at that time. After loads of research and unofficial surveys, I found the consensus to be WordPress.

WordPress was much more difficult to understand than Blogger, and I spent the next month learning their format. By the end of January, my WordPress blog—as you see it now—opened, however, I continued blogging on both providers.

Throughout the year, hardship and heartache wore many faces. My mom became ill and first went in the hospital in April.

After a week, she was released with a clean bill of health and more energy than she’d had in a long time.

But, at the end of May, she took sick again, however, this time her fragile body didn’t have the strength to pull through.

On the Second of June, my mother gracefully took her leave.

It’s been four months. I’m gradually feeling normal again, and a few days ago, actually made it through twenty-four hours without shedding a tear, although today I gently weep when passing over this memory.

And I opened a monthly book club—The Progressive Book Club—which was doing well, but sort of dropped off when Mom passed. I simply didn’t have the wherewithal to focus, read, or do any of that.

I plan to resume the club in January, after the holidays, and will soon be making a post about my new ideas. I believe I’ve come up with a way to get more participants and have a much better time (the more, the merrier)—so stay tuned. I’ll also be sending emails with all the details to anyone who’s ever participated in one of the get-togethers.

That brings us to The Present, and back to the Ghost of Blogfests Past, who has some final words:

“I show you these things because souls learn a little more each time they look back at their lives: where they were, the struggles they faced, and how they managed through them. For Mike, the blog has been his journal when he can’t journal.”

So for those of you contemplating any change at all, go for it—with gusto!

Know it. Believe it. Be it. 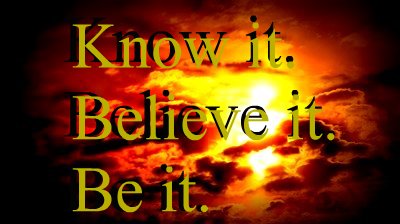 A quick disclaimer: The pictures of the earlier blogs were re-creations made to the best of my memory. They’re pretty close, but not the true blog, merely representations. At the time I didn’t have the forethought to capture them in a screenshot, nor the knowledge that it could even be done.

Thanks to all of you for helping make this year wonderful and unlike any I’ve ever known. I’ve loved every minute of it! I can only wonder what the next year has in store.

Change is the only constant in life.” — Heraclitus

65 thoughts on “A Year of Growth and Change”