Here’s a silly post to kick off the last official weekend of Summer 2013, in which I clarify, once and for all, what that blessed word MEME memes…er, means.

According to the definition that pops up when you Google “What is a meme?” it is a NOUN. A noun, folks. That’s all you need to know.

But for those who need more, (and I know you’re out there), it comes from the Greek word, mimema, which, come to find out, means imitated, and is a cultural idea passed along from person to person non-genetically—not cultured Greek yogurt as I initially thought. Or maybe it is Greek yogurt. There are thousands of brands invading television commercials and grocery stores, exactly like a meme. I’m confused. Oikos! 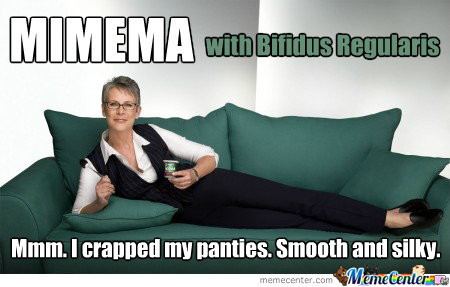 But no…he coined the word one morning while changing his sheets and now we’re stuck with it.

Is the malady contagious? According to the Center for Disease Control, that would be a big fat NO. However, new cases of MEMES seem to be spreading faster than the Influenza Pandemic of 1918. If we consider him to be Patient Zero, and we track the spread of MEMES from that point, it would make sense it would first infect his family, but they seem fine.

His girlfriend, on the other hand (yes, he had one—shocker!), is another story:

Speech Impediment Girl (also known as The Gersberms Girl) was the first meme I ever encountered. The moment I laid eyes on her “Ermahgerd!” over at Gus’s site, I was hooked.

She entered the scene denying rumors she had been around the blog infecting every pimply-faced nerd and drunk uncle on the planet, but I knew better. I watched as everybody and their brother posted her gerds and simply chuckled from afar. Guys, those aren’t gersberms on your nethers. She’s a big SLURT. Get thyself to a doctor!

How to Know if You Suffer from MEMES

Do you take pictures of people in embarrassing poses? Plan snapshots with room for text in mind? Do you find yourself creating captions for every picture on your iphone? If so, whatever you do, don’t panic!!!

STOP! I said DON’T panic. Who do you think you are, the First World Problem Lady in the meme to the right? Dang. Get a hold of yourself. Panicking will only make matters worse and you’ll end up creating lousy memes that won’t get any “LIKES” on Facebook.

So stay calm. There is hope; it’s completely treatable. Most people consult a Memeologist, a physician specializing in virtual viruses. He will charge you $500 per visit (minimum of five visits) and not do a damn thing except say, “Hmm…looks encouraging,” then give you a shot of saline solution—in your ass. Ice cold.

I recommend the home remedy. Save the saline solution for your contact lens and the ice for your tea. Throw away all pictures of cute cats, grumpy cats, sleeping cats, bug-eyed pugs, and babies. Also nerds and stoners. And Captain Jean Luc Piccard. And Willy Wonka—Gene Wilder AND Johnny Depp’s versions. And Batman. In other words, just stay off Facebook for two solid weeks.

By then, the affliction should be lifted and you can safely go back to your daily routine, Facebook and all, laughing at the silly people who are still addicted to memes…like me.

Have a Happy and Safe Labor Day Weekend!

As for me, I’ve got BIG plans at the beach, barbecuing with friends, throwing frisbee, body surfing and general tomfoolery.

You’d love to be me this weekend.

36 thoughts on “Memes: What the Hell are They?”