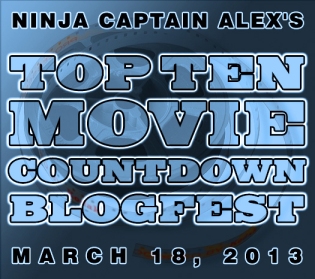 I love movies. When Alex put together this blogfest, I simply had to participate…I’m a movie junkie. To see a list of all the participants, click on the badge and that will take you to Alex’s site and the names of the others. Visit. Comment. Have fun.

When I first looked into movies that fit my chosen category, I was doubtful that there would be many from which to choose. My definition of a chick flick is the sappy, made-for-Lifetime TV movie that has me rolling my eyes at the absurd plot, cheesy dialogue, back-biting bitchiness, and general teeny-bopper mentality, such as Fab Five: The Texas Cheerleading Scandal, or Mother, May I Sleep With Danger? A good indicator of these movies would be your typical Tori Spelling movie, or movies that star anybody else from the cast of the original “90210.”

However, in my research I found that I’m a big ol’ chick flick fan! I had no idea. And what I learned was that chick flicks, at least the good ones, are basically ensemble movies that offer detailed character studies of the protagonist, antagonist, and supporting roles, who, in their own way, eventually find that the “perfect world” in which they live isn’t so perfect after all. An evolution takes place, and tears are usually shed.

Perhaps that’s why men refuse to watch them; “There’s no crying in baseball!” (A League of Their Own)

Men…get over it and check your machismo at the door. You may actually experience some personal growth yourself.

Yes, I like action, manly-men movies, such as your Die Hards, Schwartzenegger flicks (but not necessarily Stallone), Ocean’s Eleven, Twelve, and Thirteen, as well as your basic Hitchcock mysteries, thrillers, and special effects bonanzas. But I’ll have to admit that chick flicks are my guilty pleasure.

So without further ado, I’d like to present a list of ten movies considered to be chick flicks, in no specific ranking or order (or even necessarily my ten favorites), that had an influence on me. 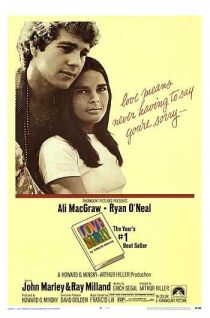 Love Story (1970) taught us that “Love means never having to say you’re sorry.” A chick flick with a tagline that works its way into the mainstream vernacular is a safe bet that it’s a movie that men will enjoy, and by taking your girlfriend or wife to see it will ensure reaching at least second base (and that’s what stomaching this is really all about, isn’t it?).

Divine Secrets of the Ya-Ya Sisterhood (2002) has an all-star cast that can do no wrong. I was in a particularly vulnerable mood once and watched a 4:00 a.m. showing in the solitude of my own home, thank God, for by the end, I was a sniveling mess. Very snot-worthy. One of my favorite lines is, “The only disease that could survive in our bloodstream is alcoholism,” dead-panned by the incomparable Maggie Smith. James Garner adds some validity for men to watch, and he’s been a favorite actor of mine since the days of Rockford. 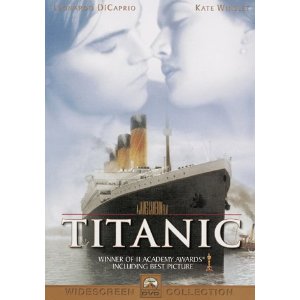 Titanic (1997). Okay, I’m not a big Leonardo fan. He gets on my nerves. But I chose this movie for the fact that it’s a Best Picture Oscar winner, and albeit fictionalized, an historical interpretation of what could have happened. The story was excellent, and if I can sit in a crowded movie theater for three hours of water splashing without once getting up to pee, then I must have really liked it.

American Dreamer (1984) is probably the least-known on the list, but a priceless movie that everybody should rent on a Saturday night. JoBeth Williams, a mainstay character-actress of the 80’s (Poltergeist), stars as a bored amnesiac housewife who thinks she’s the spy of her favorite novels, and ironically gets wrapped-up in espionage. Tom Conti plays the male lead, and the result is pure hilarity. I learned the quote of Nietzsche, “That which does not kill us makes us stronger,” from this movie. 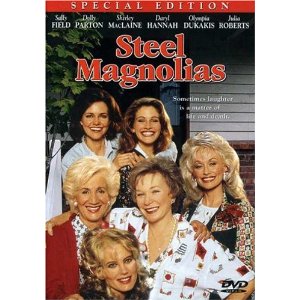 Steel Magnolias (1989). With Sally Field, Shirley MacLaine, Olympia Dukakis, Julia Roberts, Dolly Parton, and Daryl Hannah creating the ensemble cast of strong women, plus a plethora of one-liners that should belong in Bartlett’s, this is a win-win movie for both guys and girls. If you’re not bawling during the funeral scene where Sally has a melt-down, well, you’re most likely a sociopath. Seriously.

The Big Chill (1983). Another star-studded cast (are you beginning to see a pattern to these movies?), a great soundtrack, and probably the best “reunion” movie ever made, including the frat crowd’s American Pie series. This one is fun for the grown-ups. A little trivia for you: the friend who committed the suicide that brings everyone together was Kevin Costner. The director had to cut his scenes, except for the shot of his sutured wrists, but was so impressed with Costner that he suggested him for the starring role in Phil Alan Robinson’s Field of Dreams. 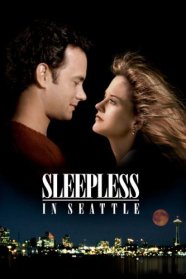 Postcards from the Edge (1990) is the unofficial biography of Carrie Fisher, daughter of film legend Debbie Reynolds. Can Meryl make a bad movie? I think not. Shirley MacLaine is priceless as an aging movie star still seeking the spotlight, and usually steals it away from her drug-addicted daughter, who is doing her best to clean-up her act and failing career. A wonderful look at the wacky world of Hollywood and addiction. And I absolutely love the scene below: 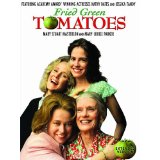 Fried Green Tomatoes (1991). Fanny Flagg was one of my favorite comediennes and writers of the 70’s, and could always fill in the blanks perfectly on Match Game, often leaving Gene Rayburn speechless. With Kathy Bates as a whimpering housewife who can’t even look at her own vagina, Jessica Tandy tells her the story of two women in the 20’s who overcame their own weaknesses in the strengths of the other. Great storyline, too.

And last, but certainly not least:

Mommie Dearest (1981). Faye Dunaway is remarkable, both in appearance and attitude, as screen legend Joan Crawford in this tell-all book and movie which has become the standard of scathing memoirs. It is a classic, showing Christina Crawford’s personal memories of her adoptive mother in a most unflattering light. And with lines like, “No more wire hangers!” and “Christina, bring me the ax!” how can you lose? My favorite zinger, and there were plenty, has to be the one where Joan tells the board of Pepsico that this isn’t her first time at the rodeo. Of course she says it in true Crawford style.

And there you have it. Ten movies to cozy up to, wrap your arms around your gal, and score great Sensitive Man points. Why don’t you suggest one tonight?